Posted by: Tricia Categories: Blog It's All Story Fodder
No comments

It had been raining on and off all day, but I had things to do and places to go, despite the weather. As I pulled into the parking lot at the grocery store, the rain let up just long enough for me to hurry inside before the deluge began again. 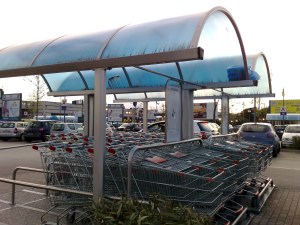 There are a few words and phrases that always put me on edge. They pull me out of the mundane, surface conversation like a warning. This is one of them.

Instantly, I am wary. This is a warning that I am getting too close to something. Perhaps something true? Something too real to handle? “Back off. Steer this conversation back to the weather or traffic or the price of gas. Something safe,” my conversational partner is pleading – or threatening, depending on how they deal with things. Here’s the problem: Weather and traffic and the price of gas are boring. I don’t do boredom. Boredom scares the living daylights out of me.

Think about it: what is a coincidence? Two incidents happening at the same time. Ok, fine. Happens all the time. I’m writing this blog post and finishing my last swallow of cold coffee. Two separate occurrences. Unrelated? Hardly. Both actions are the inevitable result of a string of other actions, other decisions. Did I plan to finish my coffee during this blog post? Not particularly. But that doesn’t make it a meaningless, random happening. It was inevitable, given the amount of time I goofed around on Goodreads before I started writing, the ambient temperature of the room, and the starting temperature of the coffee. There’s math involved that leads to the inevitable conclusion: at this time, while I am typing, my coffee will be both cold and almost gone. Fine.

But that’s not what people mean when they say “it’s just a coincidence.” What they mean is “Yeah, that was out of the ordinary, and I don’t want to think about it, so it’s easier to call it a random, meaningless coincidence.” Once upon a time, our ancestors said the same thing, except they used the word “magic” instead. Same idea though. “I don’t understand this, so I’m going to use this placeholder word so I don’t have to figure it out.”

Try it – next time someone uses the word “coincidence,” substitute the word “magic.” The meaning probably won’t change very much. Oh, and that thing with the rain? Happens All. The. Time. I almost never carry groceries to the car in the rain. But I’m sure that’s “just a coincidence.”

Tags: Word Play
« Dungeons and Dragons – Educational, Creative, Cooperative
Update: Podcasts and Paperbacks – and a quick question at the end »