Posted by: Tricia
Comments Off on Daughter of Oreveille 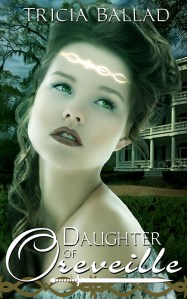 What if the witch hunters were right?

It’s the spring of 1649 and trouble is brewing on the Isle of Oreveille, at the mouth of the Faeland Sea. Brianna, privileged Daughter of the House, must choose between duty and desire. Will she remain in the Faeland to inherit her mother’s position on the Ruling Council and marry a man whose reputation and character give her little to trust? Or will she flee to Gaia with the man she loves, and hope she can hide her Fae nature from those who would purify the Earth of magic?

“People fear what they do not understand. A man who lives in fear soon lashes out at the thing that terrifies him.” 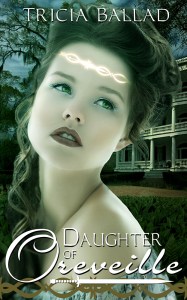 What Readers are Saying

I love the way even the “bad” guy in the story is someone you can kind of root for… I remember thinking, “well if you have to choose someone besides the person you love, he wouldn’t be shabby!”

I also love that the story ends with a twist… don’t want to give too much away, but it’s not the typical “love story” ending and I really enjoyed that.

I was excited to read this book and was instantly sucked in. I really enjoyed reading about this world that Ballad has created and want to learn more. I read the book in 2 days and am now eagerly awaiting the next installment!

I read this book on a Saturday, great escape for a lazy day! It’s short enough that you can read it as a one day “project”. The story clicks along and, because the end is a cliffhanger, leaves you waiting for book 2!