The King is Called Home, Part 2

Most fairy tales end with the prince kissing his true love. This modern fairy tale began there. Now the question is, will the royal couple survive?

Megan dressed quickly while Brian and MacDuff waited in the sitting room just outside her chamber. She glanced around at the room, her eyes resting on the elegantly traditional gown arranged on a manikin in the large walk-in closet. She spent weeks with the designer last winter, creating exactly the look she wanted at to her betrothal ceremony. It would just have to wait for her until she and Brian could return.

Five minutes later, she opened the door to the sitting room wearing a pair of designer jeans and a softly draped cotton blouse with a tailored suede jacket.

MacDuff looked up and scowled at the chocolate brown boots that tied the outfit together. “Let’s go.”

“What do we say if someone asks where we’re going?” Megan asked.

MacDuff turned around to face the young couple. “You don’t stop to chat. If you make it on the plane alive, it’ll be a damn miracle. Now let’s go.” 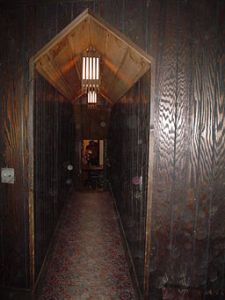 Brian squeezed Megan’s hand as they followed MacDuff into the dark corridors. Even at this hour, the castle wasn’t quiet. Sounds of drunken giggles from one room mixed with intense debate from another. They walked fast to keep up, as MacDuff led them around corners and through passageways neither knew existed.

Finally, an hour later, they emerged through a service entrance at the rear of the castle. Several black government vehicles were parked nearby, but MacDuff led them to a plain grey sedan instead.

As he drove away from the castle, MacDuff seemed to relax a bit although he kept a cautious eye on the rear-view mirror.

“Where exactly are we headed?” Brian asked. “You and Dad were a bit light on the details.”

“Now get this straight, you two. This isn’t a vacation, and you’re no royals. Not any more.” MacDuff tossed a plain manila envelope into Brian’s lap in the back seat.

Brian opened the envelope and pulled out a thin stack of papers. He thumbed through the birth certificates, drivers licenses with their pictures paired with someone else’s name, the title to an inexpensive car and a lease agreement for an apartment. Brian took a deep breath and handed the stack to Megan.

“This looks pretty permanent, MacDuff.” Brian said. “I thought we were just hiding out someplace for a couple of weeks until things settled down.”

“Could be. But your Dad and I aren’t taking chances. This mess goes deep and they’ve been watching your family for years. Until we know who is behind this, you two need to disappear. Any hint gets out of who you really are, and you’re going to be dead before you even know you let something slip.”

Megan nodded, and looked at the name on her new American driver’s license: Margaret Hennessey.

“When will we be able to go home?” Megan asked.

“Watch the news. If Corlaund starts making headlines, pay attention. If we’re lucky, we can take care of this quietly and I’ll be in touch. If not . . . the American State Department knows who you are. If we fail, they’ll make the arrangements for you to come back so Brian can claim his throne.”

MacDuff pulled into the airport parking lot and stopped the car. “This is where I leave you. Just get yourselves on that plane.” He turned and nodded to the couple, and Megan thought she saw traces of fear in his eyes. “Good luck.”

The story is at a turning point right now – would you rather delve into Brian and Megan’s adjustment to normal American life, or skip ahead to the moment where their normal life is turned upside down – again? Let me know in the comments below!

I’ll post the next installment next Monday, but if you’d like to read it on Friday afternoon, sign up for the newsletter. Subscribers get new installments early 🙂

3 comments on “The King is Called Home, Part 2”

2 Pings/Trackbacks for "The King is Called Home, Part 2"