Weekends are not for working

I’ve been watching Drunk History on Comedy Central. The basic premise of the show is that they take a film crew, get a historian completely trashed, and ask him to explain his favorite moment in history. It’s highly amusing and a little bit educational. (Warning – strong language)

This week, they went to Chicago to discuss the Haymarket Riots – one of those completely futile moments that ended up changing what we know about our world. Thanks to the workers’ rights movement of the early 20th century, we can all raise a glass and proclaim “Happy Weekend!” Here’s to you, Dude. That Haymarket thing was a riot.

It got me thinking about weekends and how I’ve been spending them. I work from home. We are a big family, and up until now, we’ve homeschooled. All that is wonderful, and I wouldn’t go back and change it, but it does mean that time alone, when it’s quiet and I can concentrate on writing without somebody interrupting because they’re bleeding…that doesn’t happen as often as I’d like. So I’m often tempted to put off particularly difficult work until Saturday, when my husband is home and can hang out with the kids or take them out to the nearest museum for the day. (Seriously – museums have gotten a lot cooler since I was a kid!)

I work – either writing, blogging, parenting, or keeping life-as-we-know-it running – from 5am until I finally collapse on the couch to watch TV around 8pm. The worker’s rights guys would throw a fit. But this is the life I’ve chosen, and it’s a lot better than sitting in some corporate office somewhere doing something brain-bleedingly monotonous! So when I decide to power through and put in a few hours on Saturday too…it’s not like I take a day off from the whole parenting and keeping life-as-we-know-it running jobs. Those still have to happen, I’m just squeezing in a quick pirate battle too. 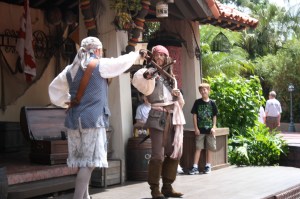 Not these pirates … different pirates

So what gets cut from the schedule?

Unfortunately, it’s time to sit and read a completely meaningless story. Time to dig out the art supplies and paint with the kids. Time to throw everybody in the car for an impromptu field trip. Time to make brownies for no other reason than “I feel like brownies for dessert.” Time to relax, recharge, and put work and responsibility away for a day or two. 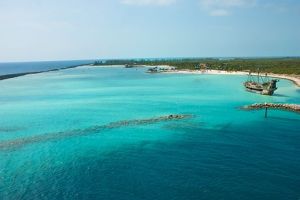 Just declare “I’m taking a break this weekend.” But it’s not so easy. Stuff still has to get done. Going into next week when nobody’s done a load of dishes for two days – not my idea of a good time, thanks.

So here’s the deal:

Today is Friday. I’ve got one chapter to edit, the catch-up-on-dishes-and-laundry chores to do, and the weekend errands. If I can knock those out today, I will have fought for and won the weekend, as surely as the anarchists at Haymarket. Hopefully I don’t get hung by greedy industrialists.

(Oh – and I’m treating myself to book 2 in Kira Saito’s Arelia LaRue series!

Tags: day in the life
« Potential Creativity
Gatekeepers of Geekdom »