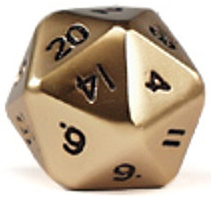 I discovered role playing games pretty late in life, compared to most people. I was in college before I played my first game of Dungeons and Dragons. Before that, while I was vaguely aware of its existence, I didn’t know anyone who played. There was a vague sense that it was almost occult – something  mysterious and questionable, and definitely not something you admitted to knowing. I hung out with the outcasts and the geeks in high school back in the 90’s, before “geek” meant “cool,” but even we had standards. Even we were too cool for Dungeons and Dragons. (What can I say? It was Southern California. You can’t completely avoid the coolness thing.)

Then I started playing, and started hearing the stories, becoming part of the gaming culture. One of the recurring themes was societal – or at least parental – disaproval. Dungeons and Dragons was satanic, so the story goes. It was subversive (ok, maybe a little, but in a good way!). So when someone sent me a link to Dr. Joyce Brothers discussing the game in the context of family activities, I had to see what was going on.

They’ll do math. Voluntarily. Depending on the game, they’ll do a lot of math.

They’ll research. They’ll learn obscure facts about how fast a horse can run over rocky terrain, but more importantly, they’ll learn how to find information.

They’ll make up stories. They’ll finally play with all that theory their English teachers have been talking about with plot and setting and characterization and climax.

And perhaps most importantly as a parent, it gives you common ground to tackle the tough stuff that’s hard to talk about. If you haven’t had an actual conversation with your child in six years, you can hardly expect to come to you and tell you they’re experimenting with heroin. But if you have a longstanding campaign to save the world from unimaginable evil, then that little heroin chat can happen while you wait for the pizza to arrive. (Ok, maybe Dungeons and Dragons doesn’t quite make parenting that easy, but anything that strengthens those bonds can’t hurt.)