Disclaimer: My mother would not approve of the language (or the abundance of snark) to follow. Sometimes you have to use very small words to get your point across.

A couple of weeks ago, I wrote a manifesto on breaking out of that Smart-OR-Pretty-OR-Strong box women find themselves shoved into in high school.

Apparently, breaking out of the boxes myself isn’t gonna cut it. To prove it, some genius writer over at GQ declared that actress Olivia Wilde’s performance in Third Person wasn’t convincing because her “ass was too nice to play a writer.” 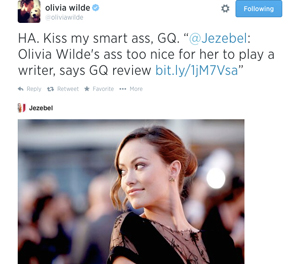 First off, I wasn’t aware that writing involved using one’s ass, but apparently that’s how it’s done at major men’s fashion magazines. Who knew? Apparently, the process is quite damaging.

Secondly, to be fair, GQ did apologize. One might hope that the original writer got his ass chewed for being a dumbass in public. Maybe they hired him for his looks?

Yesterday, Huffington Post ran a story titled “Powerful Ad Shows What A Little Girl Hears When You Tell Her She’s Pretty.” Essentially, the theory was that every time the girl’s parents told her she was pretty, she heard “you’re dumb as a rock and incapable of holding power tools because you’re pretty.”

So, now we’re not supposed to tell our daughters that they’re pretty, because being pretty means you can’t possibly be smart or capable.

Let me tell you what really happens when a girl never hears that she’s pretty: she grows up assuming that she’s not.

And that looking nice, or taking care of her body isn’t something she should do. She grows up assuming that romantic relationships are only for other people – pretty people – not for her. That she is respectable, but not lovable, because she’s not pretty.

I was one of those girls. I can’t remember a single time that anyone told me I was pretty until my freshman year of college, when I met the guy I would eventually marry. He’s been telling me I’m beautiful every day for almost 20 years. And still…when I look in the mirror, I don’t completely believe him. Still. Because if it were true, he wouldn’t be the only person who had ever said such a thing, right? 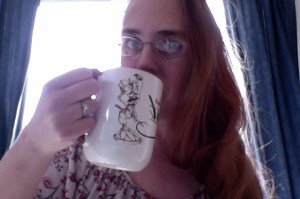 Am I insecure about my intelligence? No. Not in the slightest. Because when I was growing up, I heard how smart I was all the time. And I had the grades and accomplishments to back it up.

Am I insecure about my creative work? Nope. Because when I was young, I was told how good my writing was. And now I hear from readers how much they’ve enjoyed my stories. So yeah, I believe that I’m pretty good at this whole storytelling thing.

But pretty? I dunno. According to GQ (and just about every other societal message I’ve ever gotten), I’m too smart to be pretty.

I call bullshit. (Told you my mother wouldn’t approve of my language. Guess what? Smart girls curse sometimes.)

I have a daughter. She’s brilliant. She’s also adorable. And she has absolutely no doubts whatsoever about either of those statements. 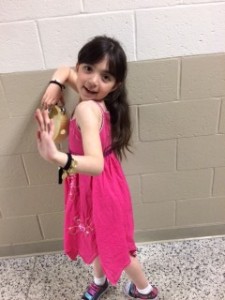 And fair warning – don’t get into a buffer sword battle with her. She’ll kick your ass. Just ask her brothers. 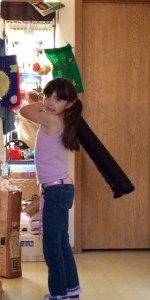 I envy her confidence. On some level, I’ve instilled in her the confidence I wish I had – then I’ve turned around and tried to emulate it.

So here’s to a generation of girls who are smart and pretty and confident, all at the same time. GQ, you might need to hire a writer with a great brain and a great ass.