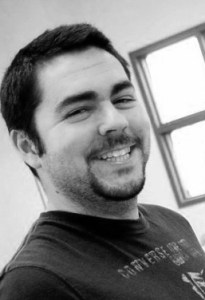 It’s the final day of the Hydra Publications blog hop! Today R.S. Hunter joins me. Today, I asked the fundamental question all fantasy and sci fi authors must answer: Series or standalone novel?

Want to know more about R.S. Hunter? Check out his website or look him up on Twitter.

For the most part, I’m a series kind of guy. I read the Lord of the Rings trilogy, Harry Potter, all the Dresden Files books, George R.R. Martin’s A Song of Ice and Fire. Hell, I even read about 30 of the Animorph books in elementary school before I gave up on them. But lately, I’ve wondered: where have all the standalones gone? Why is nobody writing them?

First let’s use a slightly specialized version of the definition of a series (as opposed to some other formats). For most readers, a series is a collection of books with an overarching storyline that needs to be read in chronological order. However, this is more of a spectrum rather than a cut and dry definition. Several series out there tend to be more episodic in nature, where the book’s plot wraps up at the end, but there are still lingering issues or series-wide threads that remain unresolved. And of course, you can have a purely episodic series (an oxymoron) where each installment is entirely self-contained; only the characters carry over between books.

In my opinion, Jim Butcher’s Dresden Files books tend to be a little more episodic. Harry will usually encounter some “Big Bad” that he will end up defeating by the end of the book. However, the series isn’t 100% episodic because there will still be plot elements that continue from one book to the next, i.e. his new gig as the Winter Knight.

On the other hand, Martin’s series is almost completely serialized. Yes there are smaller plot points that get wrapped up by the end of each volume, but the overall storyline continues in an unbroken arc throughout. I think that particular aspect of the series is what has helped it make the transition from books to television.

So where are the standalones in fantasy? Some definitely exist, but it all depends on the certain subgenre. You’d be hard pressed to find a standalone epic fantasy novel, as that particular format is almost tailor-made to be serialized.

Why then does it seem that all new big fantasy books end up being “Book One of Such and Such Series?” I think one of the biggest reasons is that it makes good business sense for the bigger publishers to focus on putting out series after series. They already only publish what they feel are highly salable manuscripts, so why not try to get as many readers hooked over a long period of time as possible? Having multiple books out in the same series can turn that series into a brand name. See Harry Potter, Twlight, or any of the hundreds of other examples out there.

So do all writers start writing with a series in mind? Some do, I’m sure. I can only speak from personal experience though. I outlined and wrote The Exile’s Violin purely as a standalone novel. Since it was my first one, I wasn’t comfortable with my abilities enough to try and create a multi-volume thing. Do I regret writing it as a standalone? Absolutely not!

Life’s funny sometimes. Even though I wrote the novel as a standalone, about six months after I finished it, I had an itch to continue writing stories with the characters Jacquie Renairre and Clay Baneport. I wasn’t ready to leave the world I’d created behind. That’s where Terraviathan was born. Both books are written in standalone fashion, but the second features the same main characters, and takes place after the first one. So even though I’d started out avoiding the specter of a series, somehow I’m now in the middle of one!

What about everyone else? Do you enjoy reading single novels or parts in a series? Why? 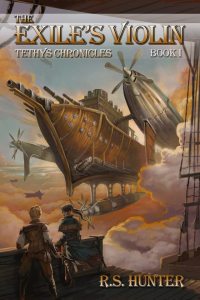 Tags: guest post Hydra Publications Writing process
« So You Want to be a Gamer?
Best RPGs to Play with Kids »