Since birth, it seems, I’ve been caught up in doing the important things in life. When I was in school, it was all about taking the right AP and honors classes and doing the right extra curricular activities so I could get into whatever college I wanted. In college, I blew off a lot of steam and wrote an analysis of geek culture and worked on the website for a very cool comic site back in the late 90s. 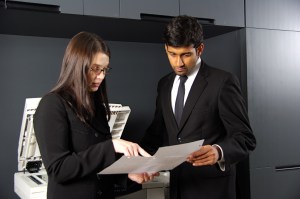 Totally me if I ever wore suits. Which I didn’t.

Fast forward to early adulthood. It’s kind of a blur of babies and careers and “What do I add to the sum total of humanity?” The last five years or so featured fewer babies, more “Dude, this isn’t what I signed up for, but you do what you have to do.” More cannot fail responsibility and important stuff.

Over the last year, I’ve done some major taking-stock. And I’ve realized something: these stories I write are just as important as that book on securing web apps I wrote a few years ago. This weekend reminded me of this in a big way. Last week was insane. Bad insomnia, struggling to finish the additions to Daughter of Oreveille, the kids are hitting mid-summer boredom, and I’m ready to hop a plane to somewhere magical. Stressy week, and the weekend wasn’t much better. Yesterday, I finally hit the end of my rope and told the family they were on their own for a couple of hours. I picked up a nice, meaningless romance novel and POOF! two hours later, I was feeling almost rational again.

Every so often, setting aside important stuff to indulge in brain fluff is a Good Thing. It recharges our mental and emotional batteries. Everybody tells writers to back their characters into impossible situations, then throw rocks at them for a while until they’re desperate, because the reader gets to vicariously experience the drama and crisis, and gets a sense of catharsis when it resolves. I’m questioning that bit of writerly dogma today. I’ve set down several very good books over the last couple of months because they just got too stressy. Too intense. Too screwed up. I get a healthy dose of that in real life, thanks. I don’t need my novels adding to it!

What about you? Do you like your stories intense, or are you a fan of brain fluff every now and then?