I’ve always had this love-hate relationship with Halloween. On one hand, it’s the one night of the year when even the most rational among us (you know who you are!) can feel the magic in the air, and avoids those haunted places full of spirits he doesn’t quite believe in. On the other hand, I have vivid and cringe-worthy childhood memories of coming up with wildly creative costumes only to be met by hostile stares and the Worst. Question. Ever: “What are you supposed to be?”

I spend most of October watching those shows about over-the-top Halloween decorations and haunted houses, and I keep telling myself, “I can’t do that – I don’t have a yard.” or “I don’t have time.” This year, I’m calling my own bluff. I’ve wanted to do a really cool yard haunt forever, so…why not?

There are limitations, of course. I still don’t have a yard. I live in the back of a neighborhood that – sadly – doesn’t really *do* Halloween. I have a few neighbors who actively campaign against Halloween because it doesn’t fit their specific religious beliefs. I also have young kids who are scared by the creepier animatronics in the Halloween stores.

I’ll have to make every inch count, since I don’t have very many of them to work with. And I’ll have to work at keeping the scene nicely layered, so the grown-ups and older kids get a satisfying creep without frightening the little ones. As for the neighbors, I’ve thought about it. They’re not going to like what I’m doing, but in the end, I’m not going to *not* carry out what I think is a very cool project, just because they might make a stink about it. If they’re going to try and bully me to take it down, let them. But I’m not going to pre-emptively bully myself into not starting. I did enough of that as a teenager.

As for the problem of being in the back of a neighborhood that doesn’t get much action on Halloween night, there’s not much I can do about that. So I’m going to share my yard haunt with you instead! 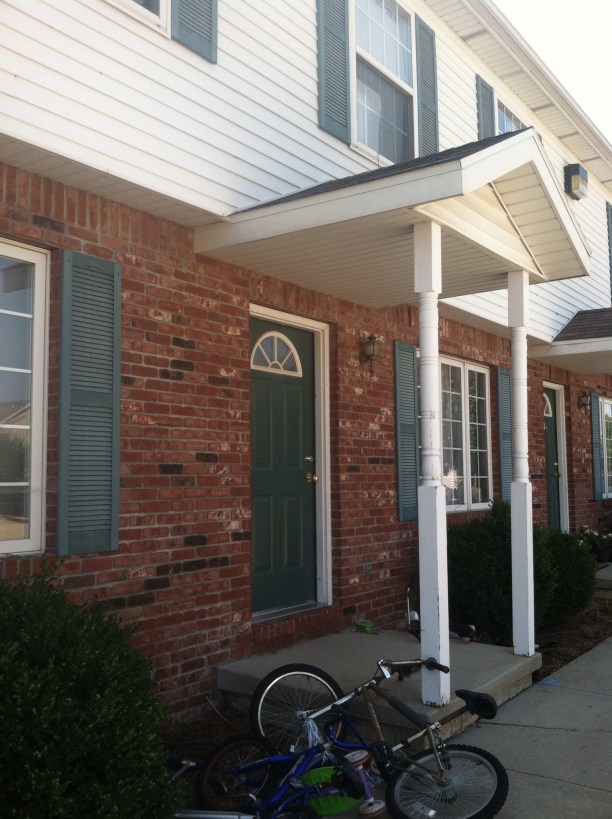 The one problem I have with most Halloween yard haunts is that the good ones might have a theme, but there’s very rarely a story involved. I’m out to change that! In fact, the story I have in mind is going to evolve over the next several years. This year, I’m setting the scene. Next year, you’ll meet the characters and get to know their *cough* fatal flaws. After that….you’ll just have to wait to find out!

For the next two weeks, I’ll be hard at work building gravestones. My biggest challenge right now is figuring out a way to let viewers know that this is a place where something terrible is about to happen. Any suggestions for creating a sense of impending doom, without scaring the little ones?

UPDATE: Attack of the Styrofoam!

2 comments on “Halloween Yard Haunt – Before”